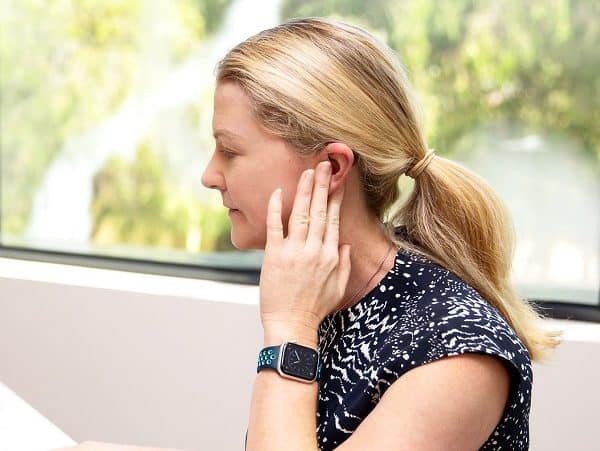 During a 30-minute appointment, the audiologist will complete a comprehensive ear health check, wax micro-suction and hearing screening.

Ear wax, or cerumen, is naturally produced by the ear and plays a role in keeping our ears clean and protected from dust, bacteria and other micro-organisms.

Your ears are ‘self-cleaning’ and wax will typically migrate out of the ear on its own. It only becomes a problem if it is blocking your ear and affecting your hearing.

Some common causes of wax blockage include:

Often when we use cotton buds to remove wax, we don’t realise that we have pushed some of the wax further down the canal. Over time this wax can accumulate and block the ear. The deeper the wax has been pushed into the canal the more difficult it will be to remove.

If too much wax accumulates in the ear, it can feel like a “blocked” sensation. There may also be pain or itchiness, mild difficulties hearing and tinnitus (ringing or buzzing in the ear).

If you suspect a wax blockage, you can attend a Lions Hearing Clinic for wax removal. However, if the wax is too deep we may need to refer to a medical practitioner.

If you are attending for wax removal it is a good idea to use wax softening drops (available over the counter at the pharmacy) for a few days, prior to your appointment.

After the wax is removed

Many people describe a similar blocked sensation when they have an unaddressed hearing loss, as when they have a wax blockage. If you have wax removed from your ears, but they still feel blocked or you’re still not hearing your best, it is important to book an appointment to check your hearing.

During a 30-minute appointment, the audiologist will complete a comprehensive ear health check, wax micro-suction and hearing screening.