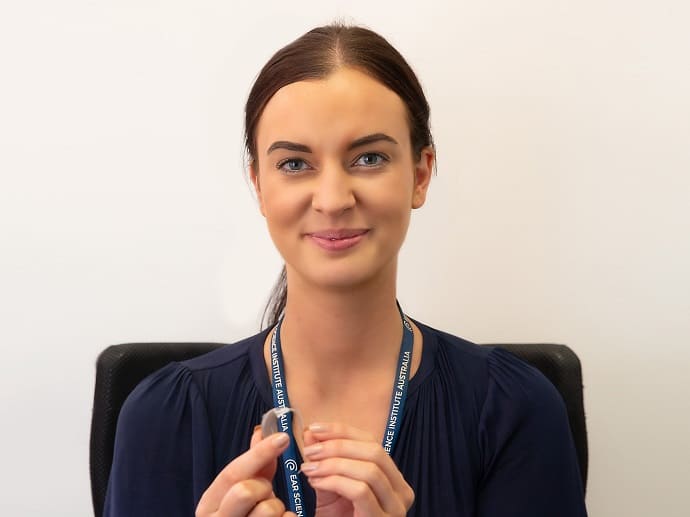 Benign Paroxysmal Positional Vertigo (BPPV) is one of the most common
causes of vertigo and can be extremely unpleasant, yet it is one condition that
can be treated very successfully. 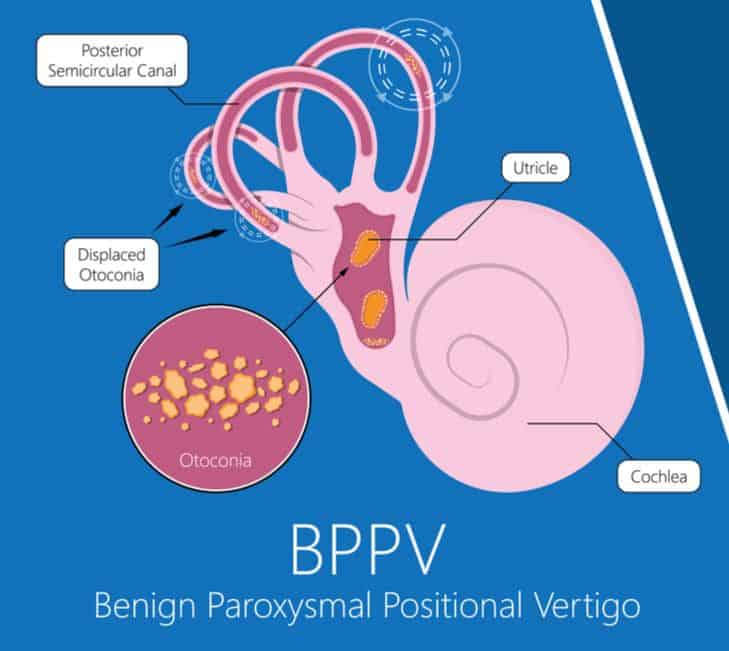 The sensation of vertigo usually occurs with particular movements, such as; rolling over or sitting up in bed, bending to pick up an object off the floor or hanging the washing on the line. The attacks are classically sudden and violent and typically last for about half a minute, but can leave you feeling ‘off balance’ for quite some time.

BPPV occurs when otoconia, (tiny calcium carbonate crystals, like grains of sand – which are normally found in the balance organ), dislodge and migrate into the semicircular canals. The cause of BPPV is most often unknown, or idiopathic.

However, there is evidence that BPPV can develop secondary to an inner ear disease (such as vestibular neuronitis, labyrinthitis or Ménière’s disease), and the likelihood of onset is known to increase with age. Head trauma can cause BPPV and there is also evidence to suggest that hormonal factors can affect BPPV, with a significant association between BPPV and osteopenia/osteoporosis having been found.

Changes in head position alters the orientation of the semicircular canals and gravity causes the dislodged crystals to shift, stimulating the balance system and causing brief sensations of vertigo.

BPPV most commonly affects the posterior semicircular canal, but the horizontal and anterior canals can also be affected. The canal that is affected will determine the sorts of movements that will trigger the dizziness and the direction of spinning sensations that the BPPV sufferer will experience.

There are two types of BPPV. The most common type is canalithiasis in which the crystals are free floating within the fluid in the semicircular canal. When there is a change in canal orientation the crystals float downwards, stimulating the balance organ as they go. Within a few seconds the crystals settle at the bottom of the canal and the dizziness stops.

The second, much rarer type is cupulolithiasis. In this type of BPPV the crystals become fixed within the canal. Dizziness in this case can be slower to onset, and may last for a longer time period.

BPPV has a lifetime prevalence of 2.4%. It is more common in women than men and more prevalent in the elderly than in younger populations.

Posterior canal BPPV is the most common, accounting for between 60 and 90% of cases.

BPPV is diagnosed with the use of positioning manoeuvres which aim to evoke the dizzy response and record eye movements while it is occurring. By combining information about the movement that evoked the response and the direction of eye movements, the specialist is able to establish which canal the crystals are in.

Often exercises will be given that can be used at home if the first treatment does not work.

There are rare instances when BPPV does not respond to treatment. In these cases, (referred to as intractable BPPV), surgical treatment may be recommended. Surgical options are discussed and decided upon with an Ear, Nose and Throat (ENT) specialist.

Your ENT specialist can advise of the risks of such a procedure.

Just as the otoconia can be shifted out of the semicircular canals, it is possible that they can find their way back, either to the same canal or to a different canal. Studies have shown that around a quarter of people who are initially successfully treated for BPPV will have a recurrence. Treatment options are the same for subsequent bouts of BPPV as they are for the initial bout.