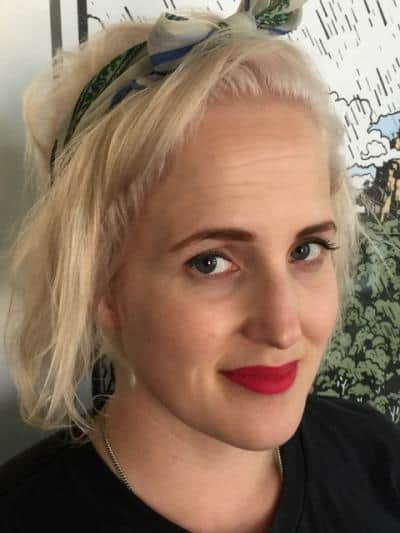 I am thrilled that, for the first time, I have near-perfect hearing.

I had very low expectations for the effectiveness of bone anchored hearing aids when I was first referred by Professor Marcus Atlas to Ear Science Institute of Australia for a trial.

Born prematurely, the unilateral hearing loss in my right ear had defined my life. My early years were punctuated by chronic ear disease and attempts to restore my hearing. I was fitted with my first hearing aid at 14, but only experienced very limited success.

In my early twenties, I pursued further surgery to restore the hearing in my right ear – but three attempts at this were not successful.

I was first made aware of bone anchored hearing aids in early 2011, when Professor Atlas suggested them as an alternative to surgery. I was struggling to come to terms with my recent unsuccessful restoration attempts and didn’t like hearing aids, so swiftly shut the conversation down.

In August 2014 at a routine follow up, Professor Atlas again raised the subject of bone anchored hearing aids. I was still not interested but he thankfully pressed on to tell me about the new magnetic ones. At the time, I still felt a referral to Ear Science Institute of Australiawas of little value – up to this point, my life’s quest had been for perfect hearing, and to me, hearing aids just didn’t cut it.

But I agreed to go.

To my surprise, the clarity of sound from the trial head band made me cry. To hear stereophonically for the first time in 27 years was just amazing.

The first few weeks following switch-on took some adjusting. The most unusual side effect was how tired and irritable I was, from processing sounds I had been previously unable to hear with such intensity – clattering crockery, lights buzzing, paper rustling. I also had to unlearn a lifetime of habits, like keeping people to my left and positioning myself to lip read.

I have always found calibrating hearing aids incredibly frustrating, trying to match sound quality to my good ear. The audiologists at Ear Science Institute of Australia were incredibly patient with my chopping and changing.

Since switch on, I have worn my aid for 12-15 hours a day. I now find myself irritable if I forget to wear it, or run out of batteries.

I have found the bone anchored hearing aid truly life-changing; it has profoundly altered my self-perception and allowed me to do so much more.

I would strongly encourage anybody thinking about a bone anchored hearing aid to have the trial band fitted and take it from there.