Family, separated by COVID overseas, gets a chance to say last goodbyes thanks to Cochlear implant 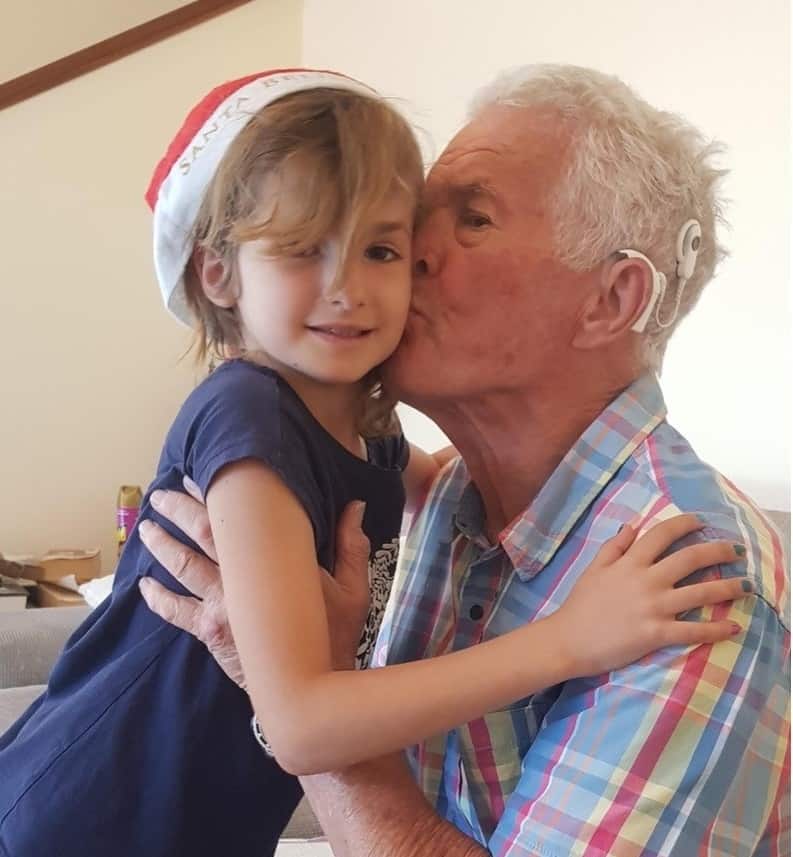 After being diagnosed with lymphoma, 80-year-old Anthony Glenister’s last wish was to travel to the UK to see his family. Although the global pandemic crushed these dreams, his family were able to say their last goodbyes to their patriarch, who suffered severe hearing loss, via his Cochlear implant connected to his mobile phone.

This International Cochlear Implant Day (25th Feb), son Adam Glenister explains, “Once Dad was placed in palliative care, we had not been able to communicate at all with him for over a week, but I had an idea. I knew his mobile phone calls were streamed directly into his Cochlear implant, so I thought, let’s call Dad, and it was an amazing surprise when he responded!”

2021 marks the 40th anniversary of the first commercial Cochlear implant, the technology invented by living Australian icon Graeme Clark, allowing Anthony to hear and re-connect with his family overseas, unlike many others impacted by COVID-19 travel restrictions. With his health rapidly declining, the family knew that the time they would have to say goodbye to their beloved family member was steadily approaching.

Adam continued, “We knew Dad’s last days were near and he’d never make it back to see his siblings in the UK, so I set up a call with each of them. Although thousands of kilometres apart, given the technology behind Dad’s Cochlear implant, we were all able to say our last goodbyes before he peacefully passed away the following day. It was so special; we knew he could hear us as he was sending gestures during the call. I will be forever grateful for those last conversations enabled by Dad’s Cochlear implants.”

This was made possible thanks to the Cochlear Nucleus 7 Sound Processor, which streams sound directly from a compatible Apple or Android device or from any Bluetooth enabled phone, to the cochlear implant in the inner ear. Combined with dual microphones which help filter out background noise, the technology helps those with hearing disabilities hear clearly on the phone.

Ronel Chester-Browne, Audiologist at the Ear Science Implant Clinic, had supported Mr Glenister on his progressive bilateral hearing loss journey since 2013. A result of genetics and exacerbated with exposure to excessive noise during his career with an airline before hearing protection was not mandatory, Ronel explains, “Tony first came to us after his wife noticed a decline in his hearing.  Once diagnosed, he proceeded with a Cochlear implant in September 2013 and experienced a significant improvement in both his hearing and quality of life and therefore decided to proceed with a second in November 2016. This aided him further to understand doctors’ explanations when becoming his wife’s full-time carer.”

A Cochlear implant is often a natural progression for hearing loss when a patient is not getting the results they want from hearing aids. Professor Marcus Atlas, Founder of the Ear Science Institute Australia says, “After an initial adjustment period, patients often comment on a better clarity of sound and a better understanding of everyday conversations with a Cochlear implant.”

Ronel adds, “I have witnessed the life-changing impact that a Cochlear implant makes. Not only does it open up the world to a patient with profound hearing loss, but also for their family and seeing them re-connect again. Tony was a lovely client who will always be remembered by all of us. To hear his story makes my job so rewarding and special knowing I am making such an impact on people’s lives.”