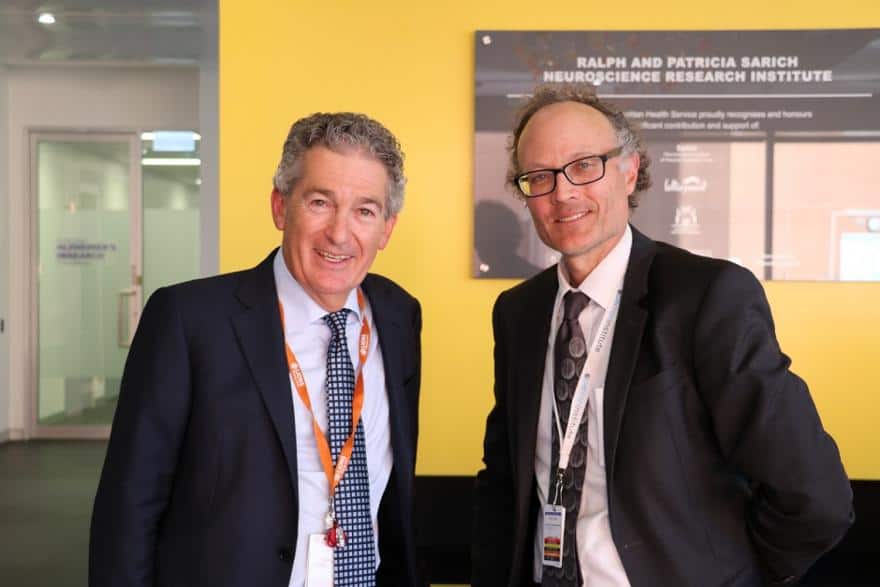 As a leading publisher of hearing research, Ear Science Institute Australia was proud to support Research Week which ran from the 16th to the 20th of October 2017 and was hosted by North Metropolitan Health Service.
To support this worthwhile initiative, Ear Science participate in events across the QEII grounds and at the Ralph And Patricia Sarich Neuroscience Research Institute. On Wednesday the 18th of October, Ear Science Institute Australia Director and surgeon scientist, Winthrop Professor Marcus Atlas, gave a speech advocating the cutting-edge research being conducted at Ear Science and the importance of research as a whole. Marcus spoke about the wonderful collaborations that have been made possible through the creation of The Ralph and Patricia Sarich Neuroscience Research Institute, which brought together leading researchers in Western Australia for the betterment of neuroscience. He expressed his sincere thanks to Professor Bryant Stokes, the Sarich Family, the Wheatley family, LotteryWest, the Western Australian Government, and more for pioneering this initiative.
On Thursday the 19th of October all staff from the QEII Medical Centre grounds were invited for a tour of Ear Science’s laboratory at the new Ralph and Patricia Sarich Neuroscience Research Institute. In this tour, attendees received an address from Ear Science CEO Sandra Bellekom, visited our state-of-the-art laboratory facility and learnt about the leading research projects being conducted at Ear Science Institute Australia. Attendees had the unique opportunity to meet researchers, ask questions and learn first-hand about the different features of Ear Science Institute Australia.