Listen Up! Your Memory May Depend On It 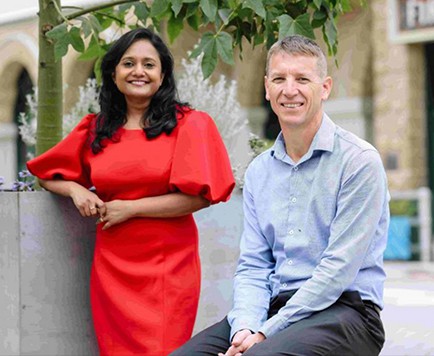 A 24-month randomised clinical trial will begin soon and will see a multi-disciplinary team of Western Australian researchers and healthcare workers joining forces to find out if using hearing aids is an effective way to delay the onset of dementia symptoms.

The trial will be led by Dr Dona Jayakody, Audiologist and Research Lead for the Cognition and Hearing Loss Project at Ear Science Institute Australia (ESIA). The concept was developed in 2015 when Dr Jayakody from ESIA began researching the link between cognition and hearing loss.

Dr Jayakody says, “My research found that hearing loss is associated with cognitive impairment/dementia so I was interested in finding out whether this could be delayed or arrested after treating hearing loss. Current data suggests hearing loss accounts for 8% of the modifiable risk factors of all cases of dementia.”

According to Dementia Australia in 2020, there is an estimated 459,000 Australians living with dementia. Without a medical breakthrough, the number of people with dementia is expected to increase to 590,000 by 2028 and 1,076,000 by 2058. It’s also the single greatest cause of disability in older Australians (aged 65 years or older) and the third leading cause of disability burden overall.

The trial will also explore whether the correction of hearing loss with hearing aids results in less brain volume loss and improved cerebral metabolism, compared to those with uncorrected hearing loss.

A $600,000 funding boost from Royal Perth Hospital (RPH) Research Foundation is the latest funding to be secured. The RPH Research Foundation ‘Impact and Innovation Grant’ will provide for an MRI and FDG –PET imaging study as well as looking at the health promotion aspect of the study.

Other funding includes Oticon donating 400 hearing aids valued at $1.2 million, a Department of Health Research Translation Grant providing $237,000 to conduct a health economic analysis, and Dr Jayakody received $100,000 from the Rebecca L Cooper Foundation. This invaluable program, which began with 5 years of research at ESIA, is now being funded by research grants worth over $2.1 million.

Ear Science Institute Australia’s CEO and Audiologist, Sandra Bellekom said “We are thrilled to be leading this ground-breaking Western Australian driven collaborative project that will take our science from the laboratory to the community.”