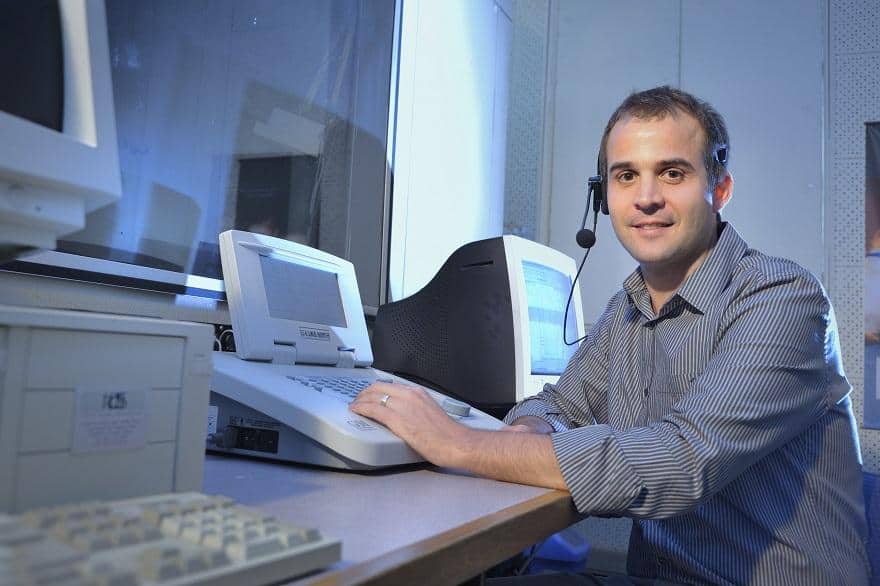 Children under 6 more likely to have one of the most common childhood illnesses.
3/12/2014
Professor De Wet Swanepoel has won the coveted Valerie Alder Research Prize from the Ear Science Institute Australia for his work in identifying a trend for children younger than 6 years of age to have significantly more middle-ear abnormalities, such as middle ear infection. His research also discovered the highest incidence of these abnormalities for children in Perth occurs during September.
This week Prof De Wet Swanepoel, a Senior Research Fellow with the Ear Science Institute Australia (ESIA) in Subiaco, was awarded the Valerie Alder Research Prize for the impact his work will have on the clinical testing of young children and their hearing.
The research study reported on middle ear functioning and abnormality in the largest sample of children ever conducted. These abnormalities are amongst the most common childhood illnesses and often lead to temporary and even permanent childhood hearing loss.
The original purpose of the research was to provide clinical norms for middle-ear functioning in young children yet the data identified two surprising results. There was an 80% reduction in these abnormalities, such as middle ear infections, in 6 year olds compared to 5 year olds. Additionally seasonal influences had a surprisingly greater impact than originally believed, with increases of up to 3.5 times from one month to the next. September was identified as the peak month for middle-ear abnormalities in Perth.
Prof Swanepoel stated that the findings of his research “have important clinical implications for paediatric audiology and in school health screening for hearing loss and middle-ear abnormalities”. His research recommendations are to simplify and change the referral criteria for middle-ear assessment to limit unnecessary referrals for both doctors and parents.
The findings of seasonal differences in the months will also provide invaluable information for the planning of large-scale school screening programmes for children and more accurately accommodate for these variations.
As a result of these findings Prof Swanepoel, together with his colleagues at the Ear Science Institute Australia, is conducting a follow-up study using this Raine Cohort of young children to investigate the incidence of hearing loss and identify the optimal referral criteria for hearing screening with pure tone audiometry.
Additionally he is investigating the use of smartphone based hearing screening for children to increase access to care for children and adults with hearing loss by capitalising on advances in technology and connectivity.
When notified of his award, Prof Swanepoel said it was a special honour to have been selected for this award from among his many esteemed colleagues and researchers at the Ear Science Institute Australia. He also acknowledged the invaluable contributions of fellow researcher Prof Robert Eikelboom for the ESIA and his US-based collaborator Prof Robert Margolis.
###